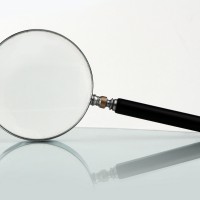 My favorite math professor once said, “You can’t use mathematics to provide an absolute proof of God. The existence of God boils down to the acceptance of a faith axiom based on a vast amount of evidence.” It was a big idea for a young man like myself, and it sparked a lifelong interest in integrating mathematics with religion and philosophy. It led me to ask, How does “proof” in mathematics differ from proof outside of mathematics?

Furthermore, a property demanded of every mathematical system is that it be consistent, meaning that there is no statement “Q” such that both “Q” and “not-Q” are theorems of the same mathematical system. If such a contradiction were the case, then every statement can be proved as a theorem, and no discernible real truth prevails.
Outside the field of mathematics, however, proofs are created in a zone of less comfort. Researchers using the scientific method begin with an hypothesis, or assumption. Then they design experiments to test the hypothesis. Experiments provide evidence that is observable, empirical, measurable, and subject to reason. Just as important, experiments must be repeatable. If carried out in an unbiased manner, they should always show the same result. The scientist must then make all these findings available to others, who may question the results or want to test them once again.

But finally, the scientific method draws its conclusions based on probability, which comes in degrees. The more an experiment is replicated, the higher the probability its results offer a proof, and replication by an independent source makes that probability even higher. Eventually, we come to the point of making a “decision” or “leap” that accepts an experimental proof. Some leaps are greater than others. For example, that the sun will rise tomorrow has greater certainty than whether cigarette smoking leads to lung cancer. Neither event is absolutely certain, but we nevertheless accept these as proven things about the sun and smoking.

For people who are not mathematicians, finding satisfactory “proofs” in the world involves a lifetime journey of reading, studying, scientific investigation, knowledge, eyewitness information, reliable documentation, historical confirmation, and so on. This ordinary method of proof is a process of gathering evidence that confirms things beyond a reasonable doubt, as in a legal proceeding. The process is driven by a dynamic tension between belief and questioning.

While mathematics and the scientific method are two extremely useful, worthful, and productive ways to find proof, they are not the only ways. In mathematics, we create the perfect game. In scientific proof, we leap to a conclusion that is probabilistic. Apart from these, however, most people see each piece of evidence as bringing them closer to a conclusion. For example, we can’t scientifically “prove” that a man went to the moon in 1969, because this event cannot be tested by replication. But obviously, a trail of evidence says it’s true. Today, I would tell my favorite math professor that this kind of accumulation of evidence can  help us draw conclusions about philosophy and religion, and even about the existence of God or reliability of the Bible.

Marvin Bittinger is the author of over 215 mathematics textbooks ranging in topics from developmental mathematics to algebra and trigonometry to brief calculus. Dr. Bittinger has a passionate interest in Christian theology and apologetics. He has written a book entitled The Faith Equation.